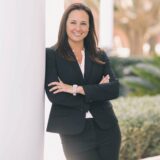 The 2022 Florida Legislative Session was one that saw significant legislation passed to protect and care for our state’s first responders. Gov. Ron DeSantis led the charge in making sure first responders received pay, bonuses, and incentives in the budget that were reflective of the dedicated service they deliver to our state daily.
Since Day 1, DeSantis has been a champion of law enforcement and first responders.
Unfortunately, there was one bill that moved quickly through the halls of the Capitol that, in theory, appeared to be good in most respects – Senate Bill 1796. Its proponents boasted an end to permanent alimony, a guideline for spouses to follow when determining the amount and duration of alimony, and retirement with dignity.
The bill’s largest proponents are those who stand to gain financially from the modification of their existing alimony awards and pledges.
The bill’s opponents, however, see Floridians’ futures in jeopardy and established contractual agreements in potential upheaval.
What ultimately emerged is a bill that contains a prohibition with far-reaching significance to our law enforcement officers and our firefighters. Specifically, SB 1796 will prohibit Florida’s first responders from modifying their alimony at the ages in which they typically retire. Instead, they must now wait until they are at least 65 years of age before they can ask the court to reduce or terminate their existing alimony awards.
For example, a first responder who began service at 20-25 years of age who puts in 20-30 years of service, will be considerably younger than 65 years old when they retire. Under the terms of this bill, a retired first responder will be statutorily prohibited from reducing or terminating their alimony at the time of their reasonable retirement and will be required to pay their alimony obligation, no matter how unaffordable, until they reach the age of 65.
Under current law, a person’s “reasonable” retirement is a basis to reduce or terminate their existing alimony obligation — regardless of age. This is an imperative component of existing Florida law because it recognizes that there are certain professions where individuals normally retire at a younger age due to the very nature of their work. They are typically high-risk professions, like law enforcement officers, firefighters, paramedics and air traffic controllers.
SB 1796 binds the reduction or termination of alimony awards to an arbitrary and specific age (65) rather than at a “reasonable” retirement age for a person’s profession. This will undoubtedly, unfairly and disproportionately affect first responders. This is an unwarranted and unreasonable change in Florida law that ignores the realities of the toll high-risk professions take on public servants.
Good public policy demands that people be allowed the benefits of their retirement at an age that is reasonable for their line of work.
I ask that Gov. DeSantis look closely at this ill-conceived legislation, as it does not merely allow individuals to retire fairly as it’s purported to do — instead, it could harm our state’s first responders.
For that reason, among others, I am hopeful Gov. DeSantis will veto this legislation.
___
Andrea Reid is a family law attorney and member of the executive council and the legislative committee of The Family Law Section of The Florida Bar.