Sorry, an error occurred.
The names of Sgt. Chris Ward and Deputy Logan Fox were added to the memorial for fallen law enforcement officers. The memorial is in front of the Watauga County Sheriff’s Office.
Michelle Ligon and George Ligon died on April 28 at their home.
(Left) Sgt. Chris Ward and K-9 Deputy Logan Fox (right) of the Watauga County Sheriff’s Office were killed in the line of duty on April 28. 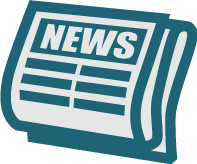 The Watauga Democrat does not have a paywall, but your financial support will help sustain these services that you use to inform your decisions and engage with your community. CLICK HERE TO MAKE A CONTRIBUTION
Your comment has been submitted.

Reported
There was a problem reporting this.
Log In
Keep it Clean. Please avoid obscene, vulgar, lewd, racist or sexually-oriented language.
PLEASE TURN OFF YOUR CAPS LOCK.
Don't Threaten. Threats of harming another person will not be tolerated.
Be Truthful. Don't knowingly lie about anyone or anything.
Be Nice. No racism, sexism or any sort of -ism that is degrading to another person.
Be Proactive. Use the 'Report' link on each comment to let us know of abusive posts.
Share with Us. We'd love to hear eyewitness accounts, the history behind an article.
We’re always interested in hearing about news in our community. Let us know what’s going on!
Trusted local news has never been more important, but providing the information you need, information that can change sometimes minute-by-minute, requires a partnership with you, our readers. Please consider making a contribution today to support this vital resource that you and countless others depend on.